How do you think the world will end?

“It’s quarter to three,
There’s no-one in the place,
‘Cept Joe and me.”

“So set ’em up, Joe,
I’ve got a little story
I think you should know”

The end of the world did not come from Russia lobbing nuclear missiles over the north pole. Nor, did it end with millions of Chinese deploying parachutes from on high to take over Boston, Chicago, and good old New Orleans. 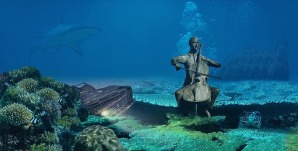 No fire, no explosions, no oceans flooding our towns from mankind’s neglect.

No, the world ended when millions upon millions forgot they had brains and strength and talent.

Hard work was lost to Apathy.

The multitude lost all practical abilities to survive to rely on their electronic devices, satellites, and Google.

They sought to stare at themselves and make others see them and elevate on hateful hot-filled self-rarified air.

The masses became soft and useless and wasteful, waiting on someone else to provide food, shelter, and existence.

The previous civilizations were destroyed by fire, ice, and water.  American Southwest Hopi Indians tell us we are in the fourth world, ending now.

This was the first generation to be destroyed by lack of faith, lack of compassion, missing all internal fortitude, the will to rise above one’s own self, because “self” was everything, and sweating for others was useless.

Not just selfish in intent, but useless in design.

Thus, this civilization did not go out with a bang, but a whimper, like the mewling of baby sheep alone in the darkness surrounded by wolves.

“I think you should know
We’re drinking my friend,
To the end of a brief episode.

Make it one for my baby, and one more
For the road.”

May you and yours be strong, faithful, and help others in need.

One thought on “The End with a Whimper”