Regardless of what one thinks of Social Media, it is here to stay.
It has become a platform for anyone to communicate, on any level, on any topic.

These are mostly Push operations where we are inundated with information at our very fingertips, versus having to manually search for information. 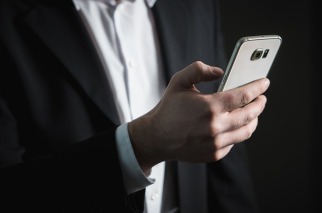 In the past, it was a rare groomed animal that could reach a stage to have the eyes and ears of more than just a handful of people.  Our audience were also our family, friends, classrooms.

Very few had a large following.

Fewer yet had an international following prior to the invention of Satellite technology, circling the earth, repeating signals from the UK to South America.

In the past, there were producers, editors, managers, marketers to find, educate and promote the best of the best for profit.
The polished end result was a book, a record, television exposure.

Today, we do have Social Media, though it is largely self-produced, edited and marketed with very inconsistent results.

Do we really need to see another picture of Aunt Gladys with yet another drink in her hand?

Indeed, today the masses have the ability to shower the world with their genius or stupidity with very little grooming or polishing of the product.

Facebook, launched in 2004, built on the bones of Facemash is one such Social Platform.

Perhaps, none of you reading this use Facebook, but at the time of this writing 2.27 Billion, with a B, users do.

The reach of FB cannot be denied.

Along the way, FB has had much criticism of favoring one political group over another or even allowing recruitment of ISIS members, dedicated to hate.

Lately, hackers gained over 50million account names and passwords.  Some users have seen the impact of this with more events taking place daily.

Within its history, FB has hosted and shared many Billions of photos of Rover, and Spot, and Trixie, but also allowed someone that lived alone to see the world outside of their sparse existence.

Its value to lonely people cannot be denied.

FB used to be a platform someone like me could gain a small following, rather than be lost in the sea of Twitter or Tumblr users.

Perhaps, like me, you have tried to adapt to the changes to the FB platform.

To get around this, I tried to build a New FB page for my small following but found out my users had to search for it, thereby Pull.

FB did not easily allow for me to push new info out to my users unless I paid for each Push.

Because of the various security issues, I found myself needing to either Deactivate or Remove my content.

In summary, form, let me state that just like any tool, Social Media has both bad and good.

Just like a hammer, one can use it to build something or destroy something else.

I am a builder.

I need a new tool.